Tips on how to thicken soups, stews and sauces 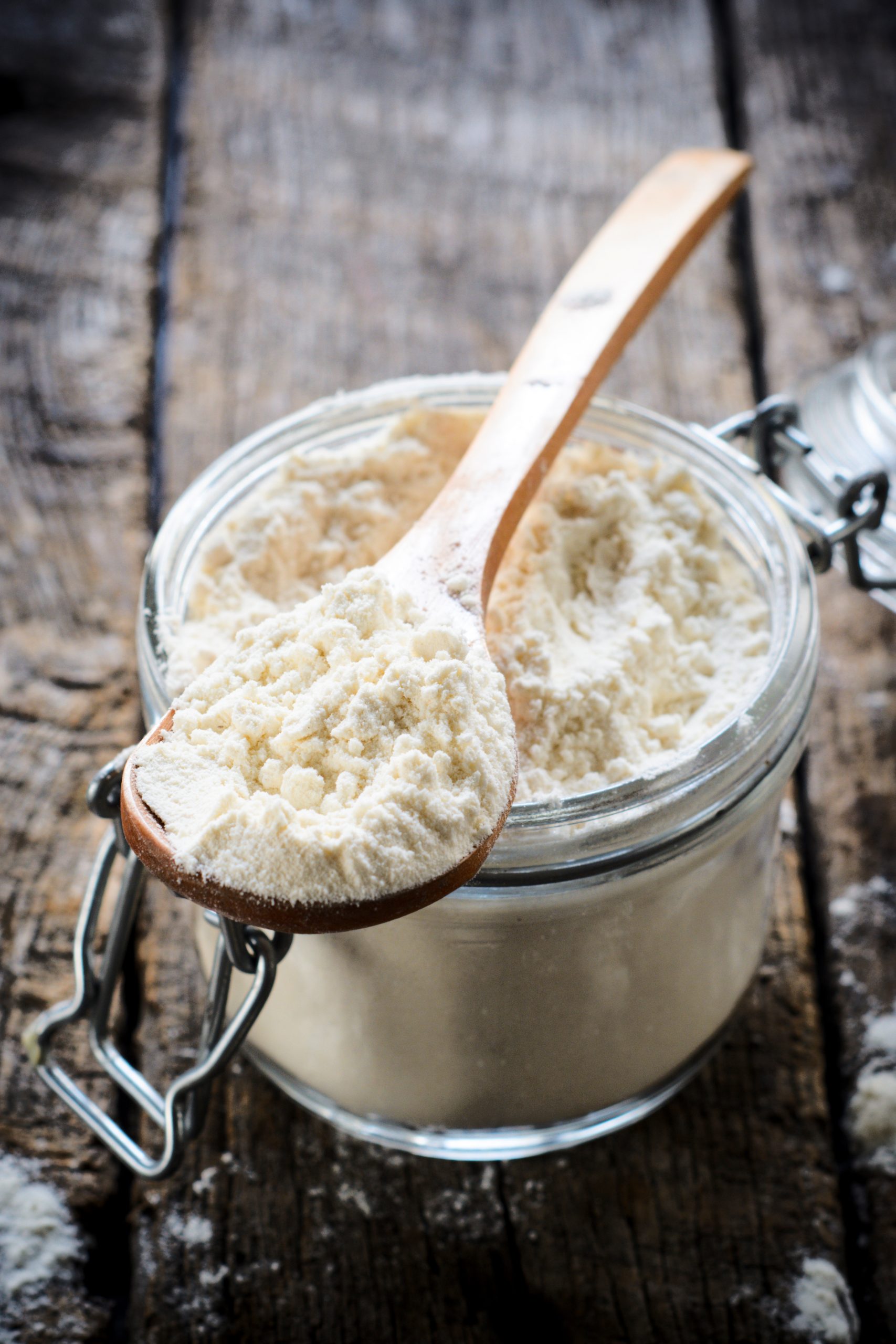 Choose a fat to use.

A roux is another French word that describes the paste created by cooking fat with equal parts flour. The recommended fats are oil, butter, extra virgin olive oil, or drippings. A roux can be used to thicken gravies, savory sauces, stews, or soups. 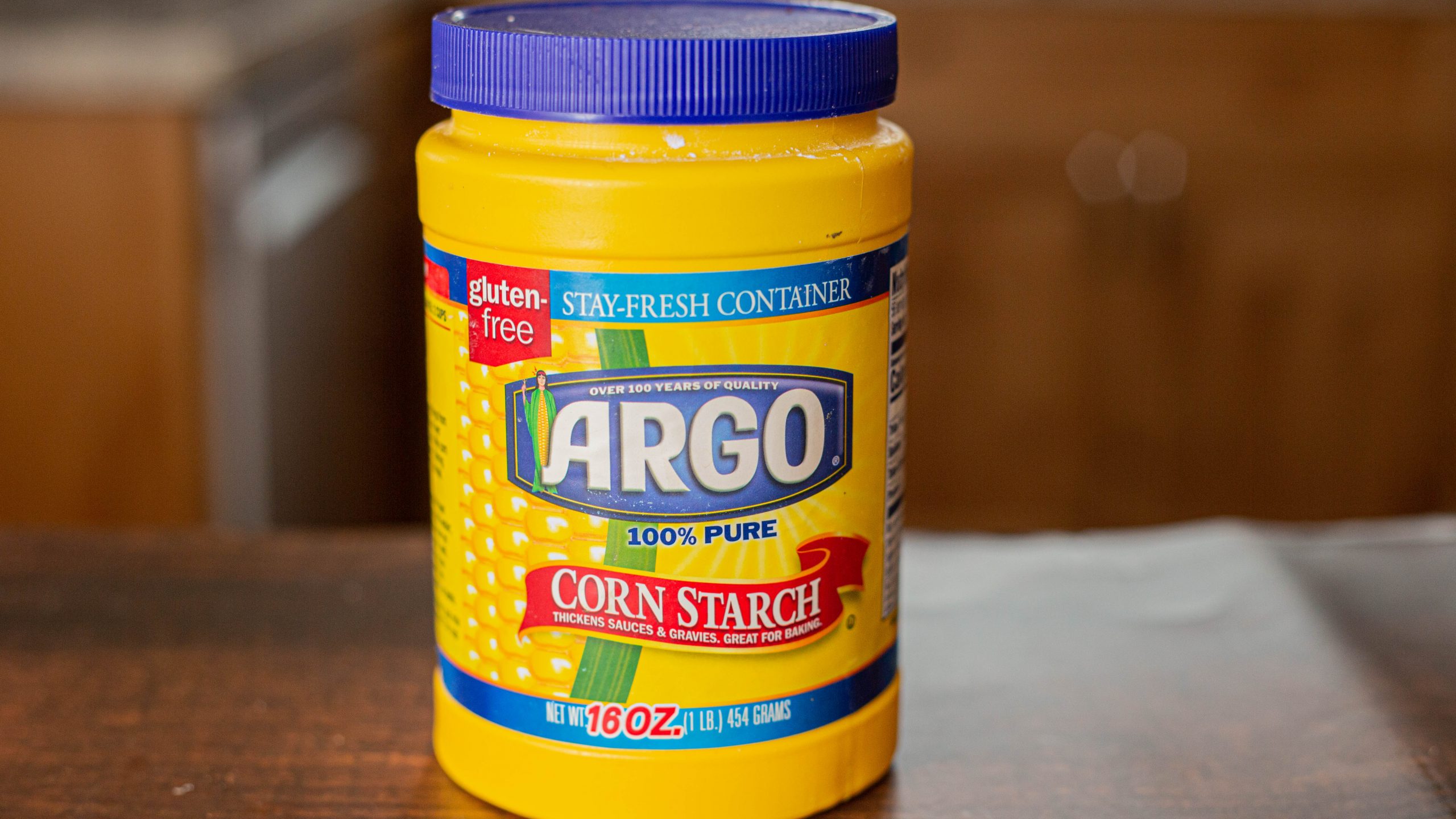 Cornstarch is the most common starch used for thickening, but you can also use potato starch, arrowroot flour, tapioca flour, or rice flour. When combined with liquids and heated, these starches swell and form a thickening gel.

A general rule of thumb to substitute cornstarch for flour: 2 tablespoons wheat flour = 1 tablespoon cornstarch. For a medium consistency sauce, add 1 TBSP Cornstarch mixed with 1 TBSP of water or milk.

After you add the slurry, cook the sauce for about 4 or 5 minutes so that the starch granules completely gelatinize. 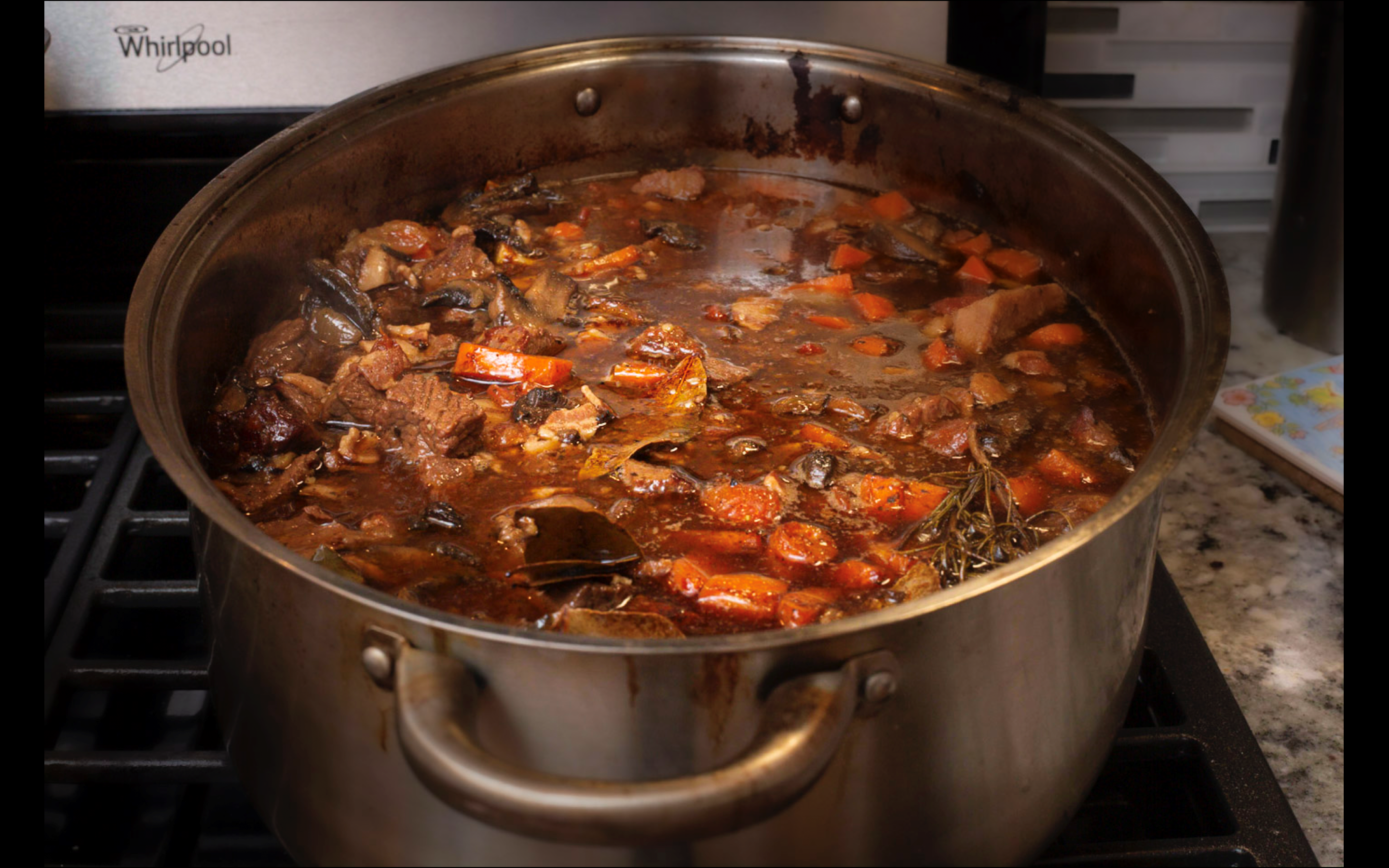 Bring your sauce to a simmer. .This method works well with most sauces, because as a sauce heats up, the water will evaporate, leaving a thicker and more concentrated sauce behind. 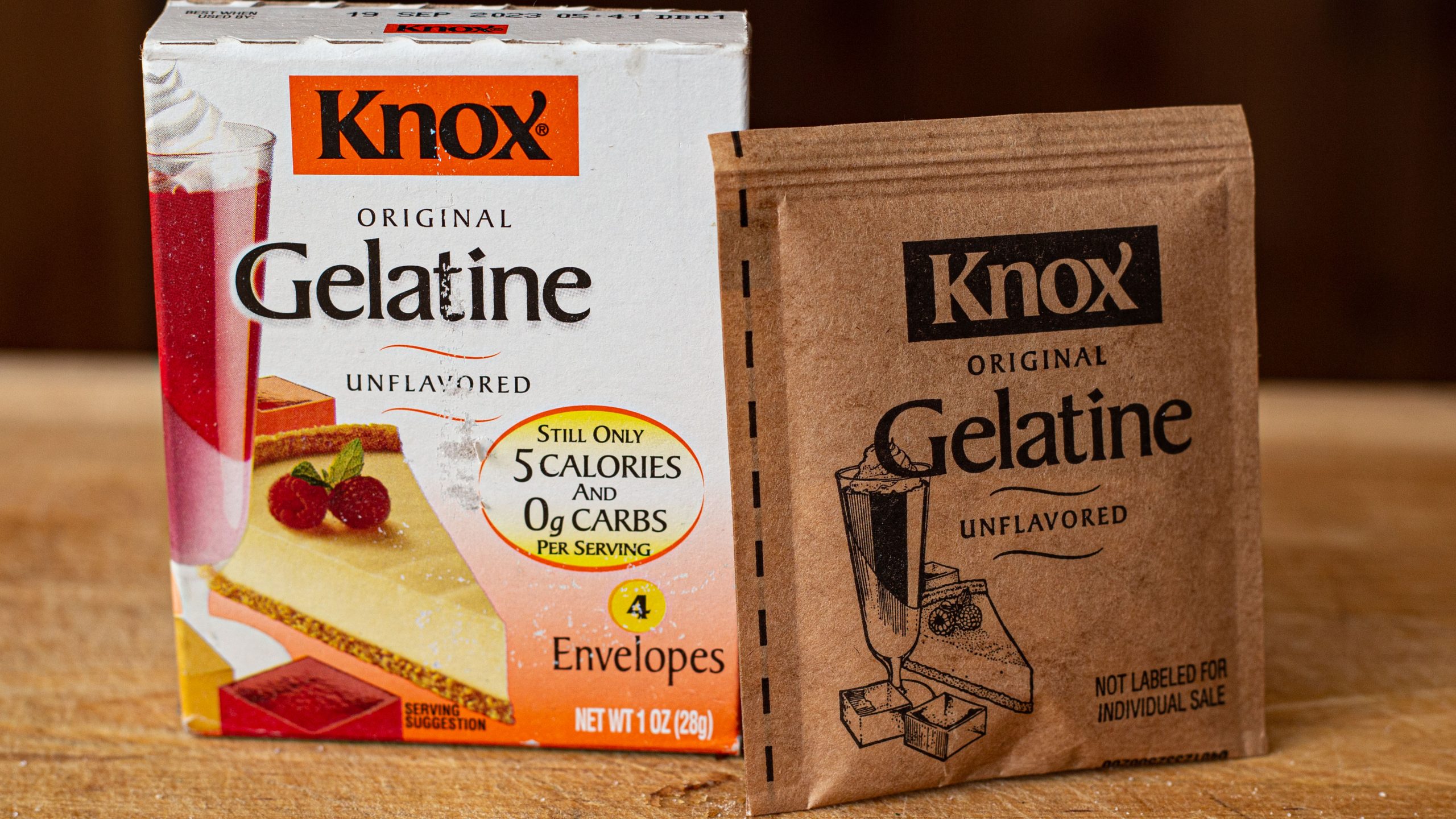 Powdered, unflavored gelatin is tasteless and virtually colorless and derived from animal collagen. It can be used as a thickening agent for savory sauces, like a demi-glace, or in a sweet berry sauce. Gelatin  thickens as it cools, in contrast to starch thickeners, like flour or cornstarch, which thicken when heated.

In fact, just about any recipe that calls for canned broth will likely benefit from the addition of gelatin. About 2 teaspoons of gelatin per cup of broth thickens sauces and braises appropriately, and adds a rich mouth feel.

Here’s how to incorporate it:

Pour the mixture into a simmering pot sauce. Stir the sauce for about one minute to integrate the gelatin with the sauce. Do not allow the sauce to boil after you’ve added the gelatin.

Remove the pot of sauce from heat. Allow the sauce to cool at room temperature until it begins to thicken slightly, then serve warm. 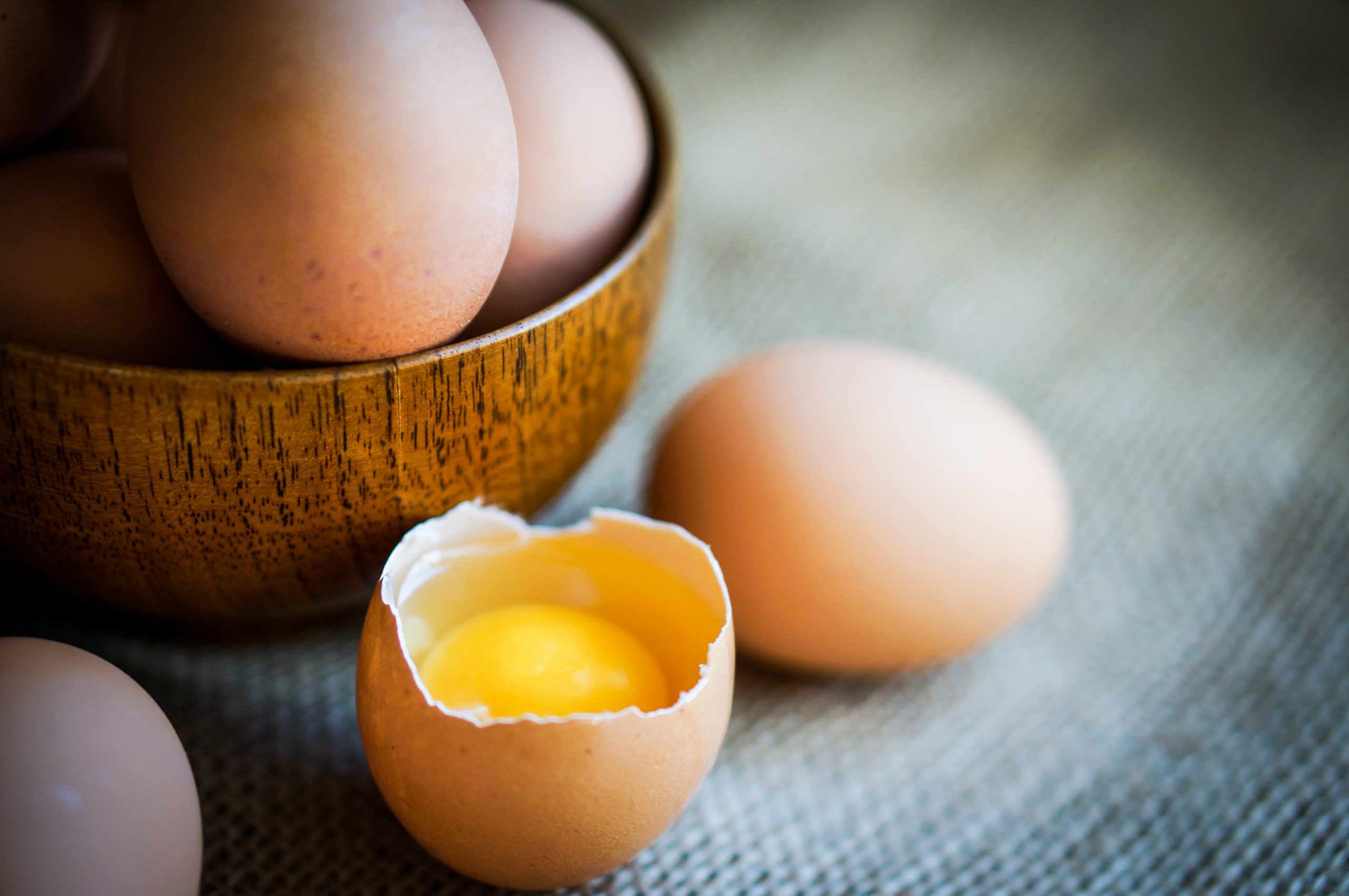 To thicken sauces and prevent an unwanted scramble, it’s crucial that you temper the yolk mixture.

Simply put, tempering means you bring the egg yolks slowly up to the temperature of the liquid you’re mixing it with. If the temperature increases too quickly, the proteins in the yolks link up to make scrambled eggs. When using a yokes to thicken a sauce or soup it is usually done at the very end of the cooking process. Because after you taken with a yokes you do not want to bring your sauce or soup to a boil.

Here’s how to do it:

I used this technique for my Canja Portuguese Chicken Soup Recipe. Check out the video for more details. 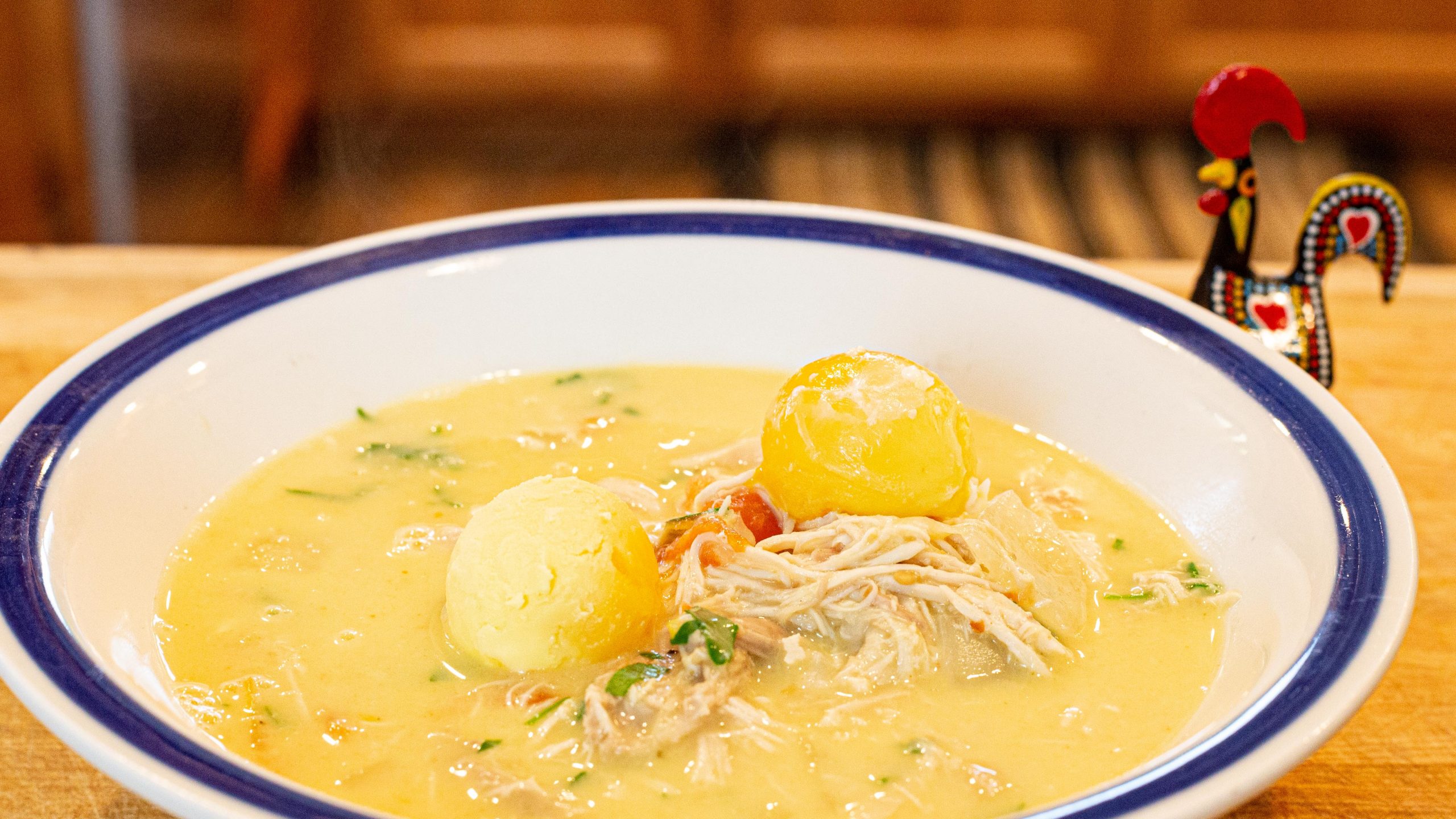 Click on the Canja Soup picture to watch the video 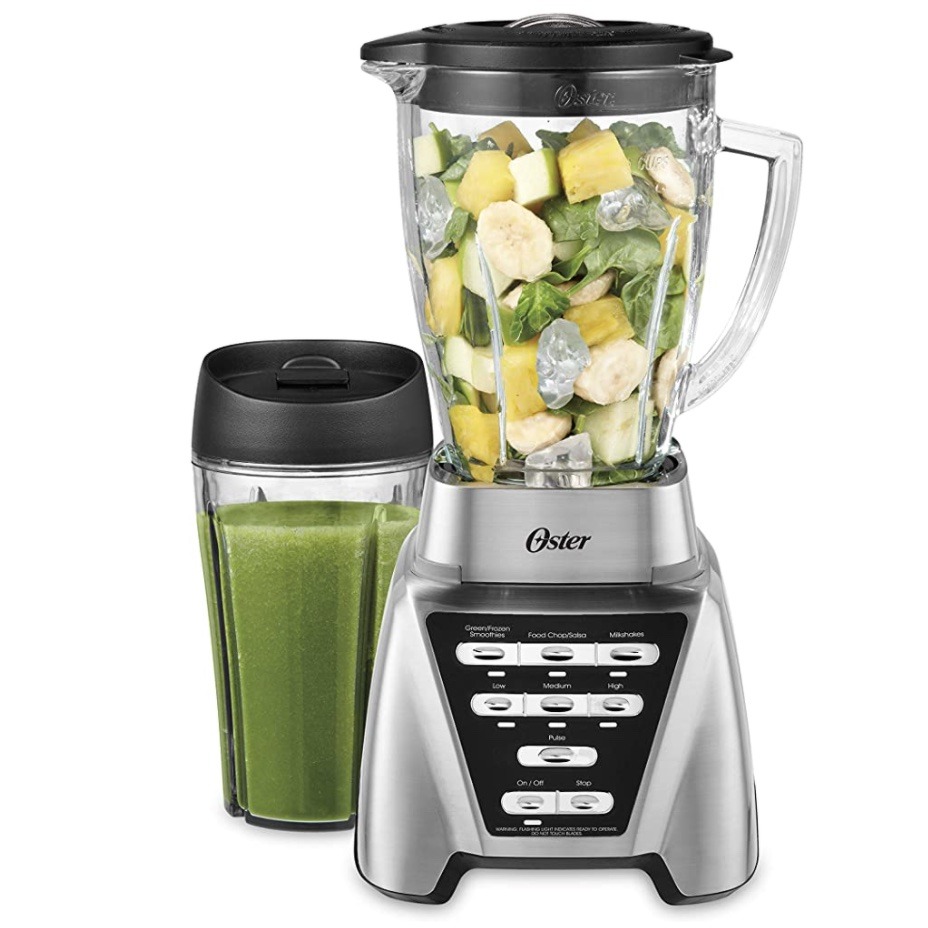 Puree some of the ingredients

If you’re making a soup for example remove a few cups of the soup put it inside a blender and purée then add the purée back into the soup. (usually it’s preferable  not to purée soups or sauces that have meat, fish, or chicken). So you can purée the soup before the addition of protein or you could remove some of the starchy vegetables or potatoes or rice, then purée and add back into the soup.

Another technique is to open up a can of White beans, put the beans in the blender purée and slowly whisk in the puréed beans back into the super sauce. A little bit at a time until you reach the desired thickness. 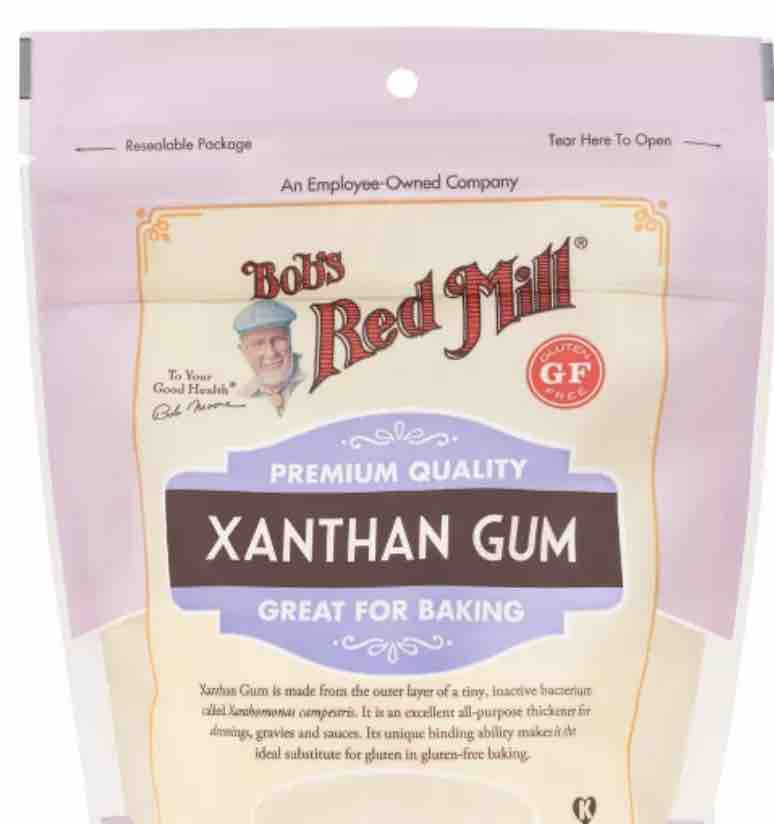 How to Thicken With Xanthan Gum

Xanthan gum is a flavorless thickener used in many foods

No heating or cooling is needed for xanthan gum to form a gel—it does so as soon as it is in contact with a liquid. Acid and heat don’t affect it, so it can be used in a wide variety of sauces and juices.

To use xanthan gum in recipes, use about 1/8 teaspoon per cup of liquid and combine these in a blender, not by hand. It will “gum” almost instantly and form clumps if not constantly in motion while it is being incorporated into the liquid.

HOW TO ADD IT

Xanthan gum has a tendency to clump when it comes in contact with liquids; here’s how we ensure even incorporation.

With blender on high speed, create vortex in middle of liquid.

Sprinkle and Blend: Slowly sprinkle xanthan gum over vortex (3/8 teaspoon per 2 cups of gravy or sauce allowing it to be sucked down into blade of blender for at least 30 seconds to thoroughly combine.